Description
The New Empire Hotel in Frankton. The original Empire Hotel was built in February 1913. It was extensively renovated and reopened in 1974 as "New Empire Hotel". In 1995 it was destroyed by an arsonist fire causing the death of six residents. It was on the corner of Empire and High Streets. The old railway lines can be seen at the side of the three parked cars in High Street. 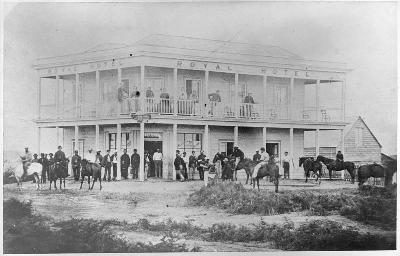