Description
The Newspaper room. Note the hats and coats which were common until the 1960s. This is about the opposite view of HCL_09364. This was the Carnegie library which opened in 1908 as Hamilton’s ‘Free' library’. The building was erected with a grant from the Carnegie Foundation. It was renowned for its large revolving entry door. It was vacated in 1960 and demolished in 1961. 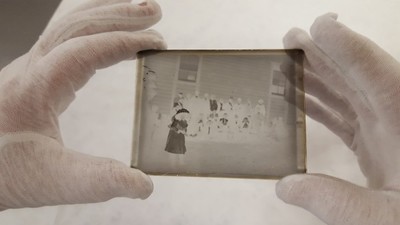