Description
The front cover of the February 18th, 1937 issue of Civic Review, the official magazine of the Civic Theatres. It contains news of current and future screenings, along with reviews and items of interest by and about movie stars and studios. Advertised films include The Charge of the Light Brigade, Under Your Spell, That Girl from Paris and Shirley Temple's Dimples. 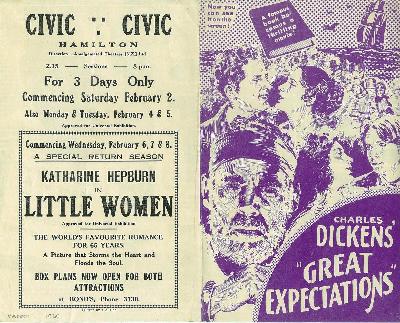